As a native of Orlando, I (arrogantly) thought I knew everything there was to know about Walt Disney World. I can’t tell you the number of times I’ve visited the Magic Kingdom over the years, skipped down Main Street, and indulged in all the exciting sights and sounds of the most magical place on Earth. I’m seasoned enough to remember when admission to the Magic Kingdom was less than $15. Yes, fifteen dollars.

But being a native means after spending the day theme park hopping, you always went home. Staying overnight at any of the Disney Resorts was never an option. That all changed recently.

In late April, my husband Russell and I spent a short whirlwind vacay at Disney, courtesy of The Mouse, that provided invaluable insight and access to seven Walt Disney World resorts. Over the next few weeks, I will share information about each of the resorts as they are very distinct and offer different amenities. First up is Animal Kingdom Lodge Jambo House.

From the moment you enter this resort’s doors, you’re literally immersed in African culture. The tribal architecture, the artifacts, the music playing overhead, and the many native African cast members (Disney refers to its employees as cast members) makes it clear Disney’s Imagineers went the extra mile to offer a refuge that feels extremely authentic. Throughout the resort, guests are inspired and encouraged to learn more about the continent through little nuggets of information posted all over the place. It literally felt like we were vacationing in an African museum with a safari included. Just know, Russell and I had several Wakanda Forever moments during our stay.

Speaking of safaris, the main attraction in our guest room was the view off the balcony. Three majestic giraffes were strolling across the well manicured .savanna as other animals grazed. What a most peaceful and spiritual sight to see.

More than 30 species of African wildlife, including zebras, gazelles, and flamingos commingle in this space in perfect harmony. Using the free Wildlife Field Guide available at the concierge desk, we tried to identify the animals. The scene was awe-inspiring. The room decor itself definitely plays second fiddle to the view. The carved furnishings and faux mosquito netting on the walls felt authentic. I imagined this was what one of Winnie Mandela’s guest rooms in her home might have felt like. Animal Kingdom Lodge has a warmth that makes you feel relaxed and welcomed. 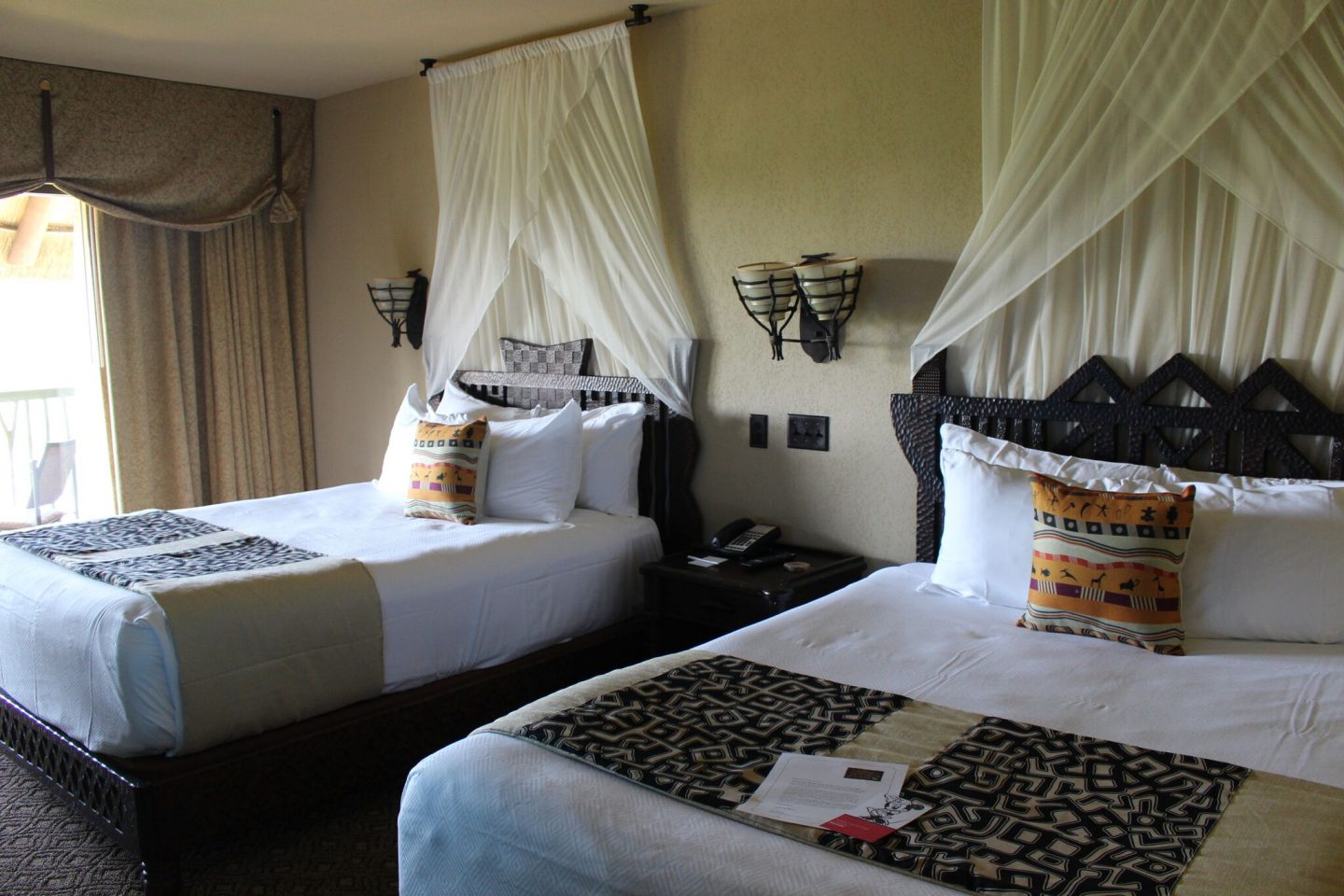 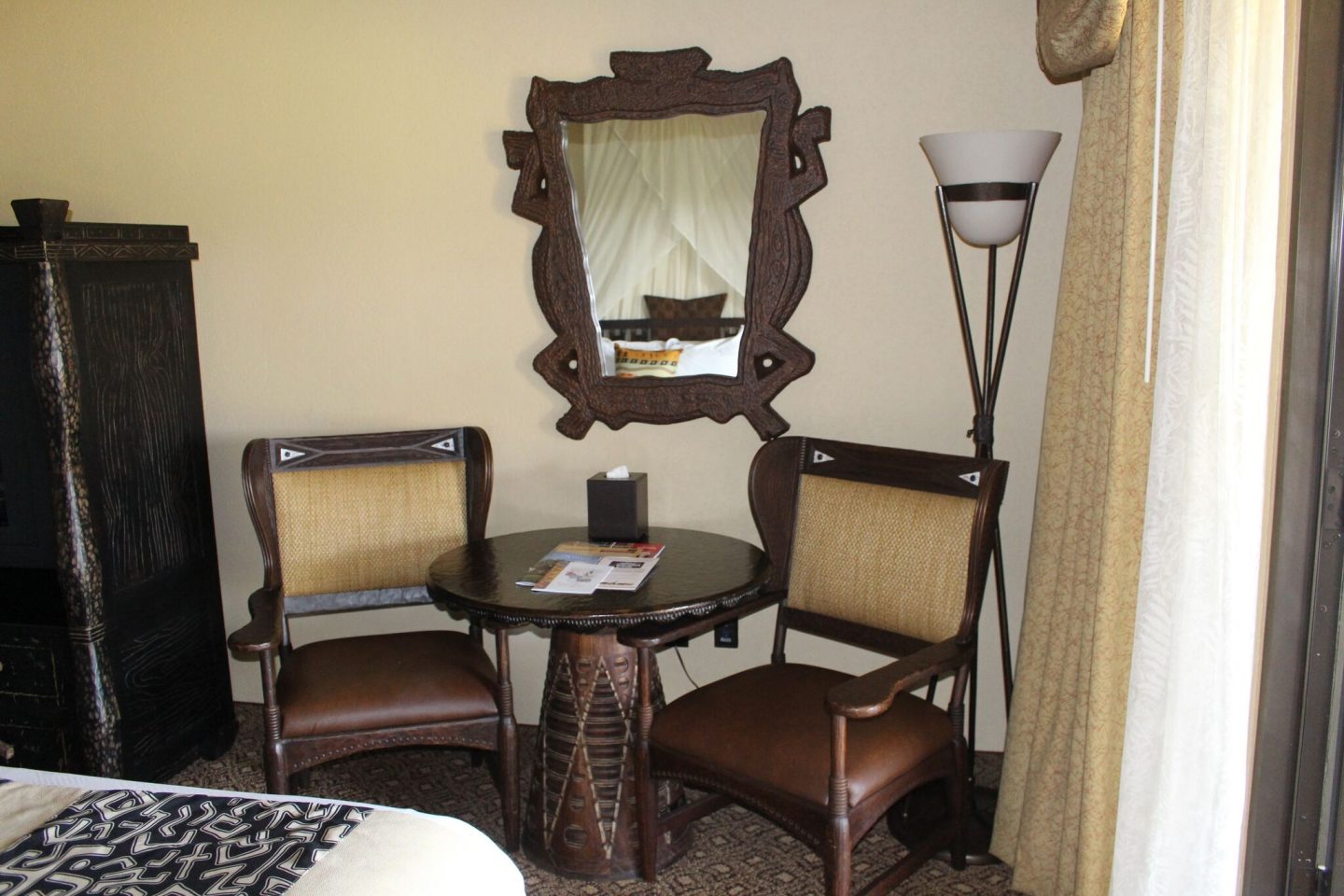 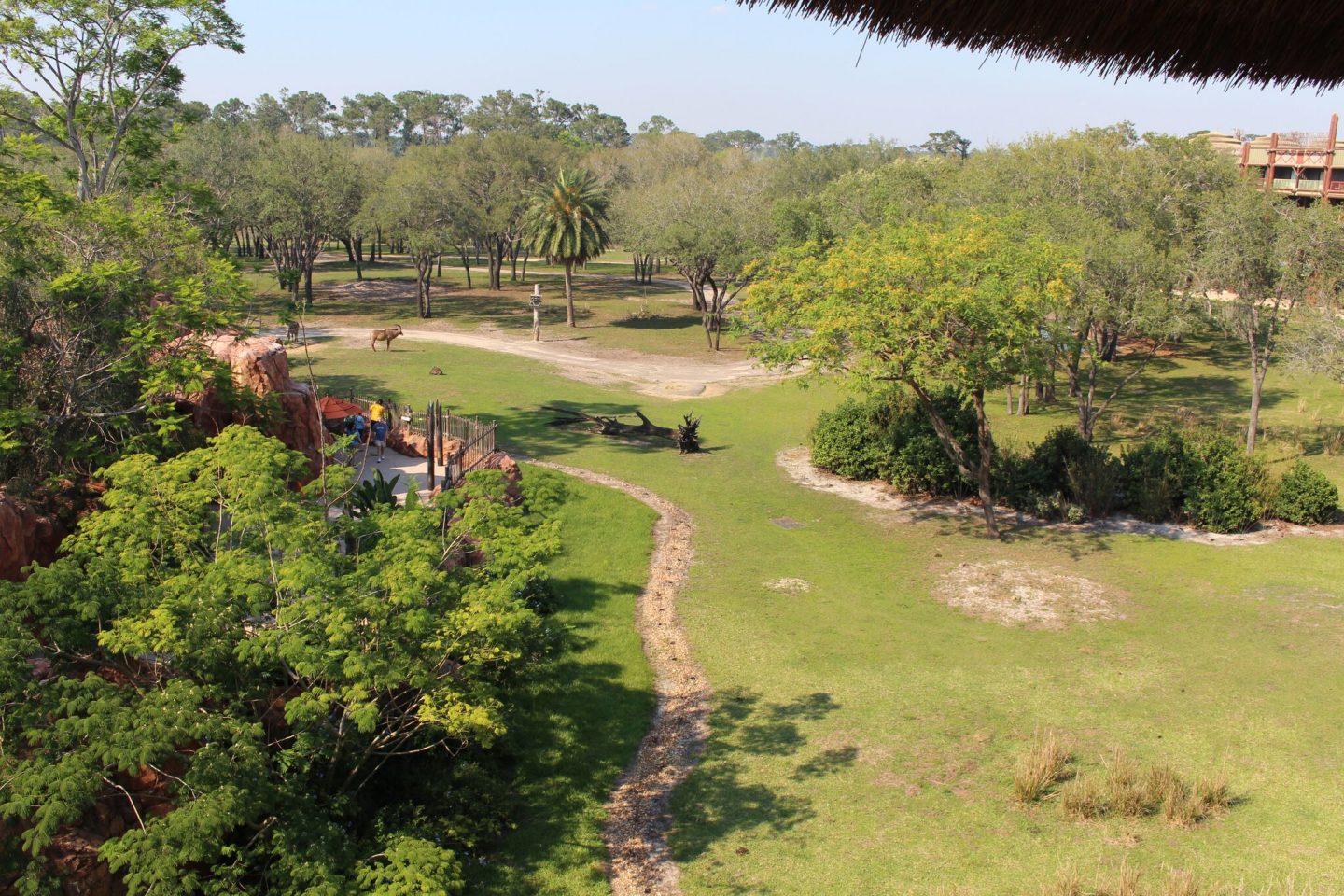 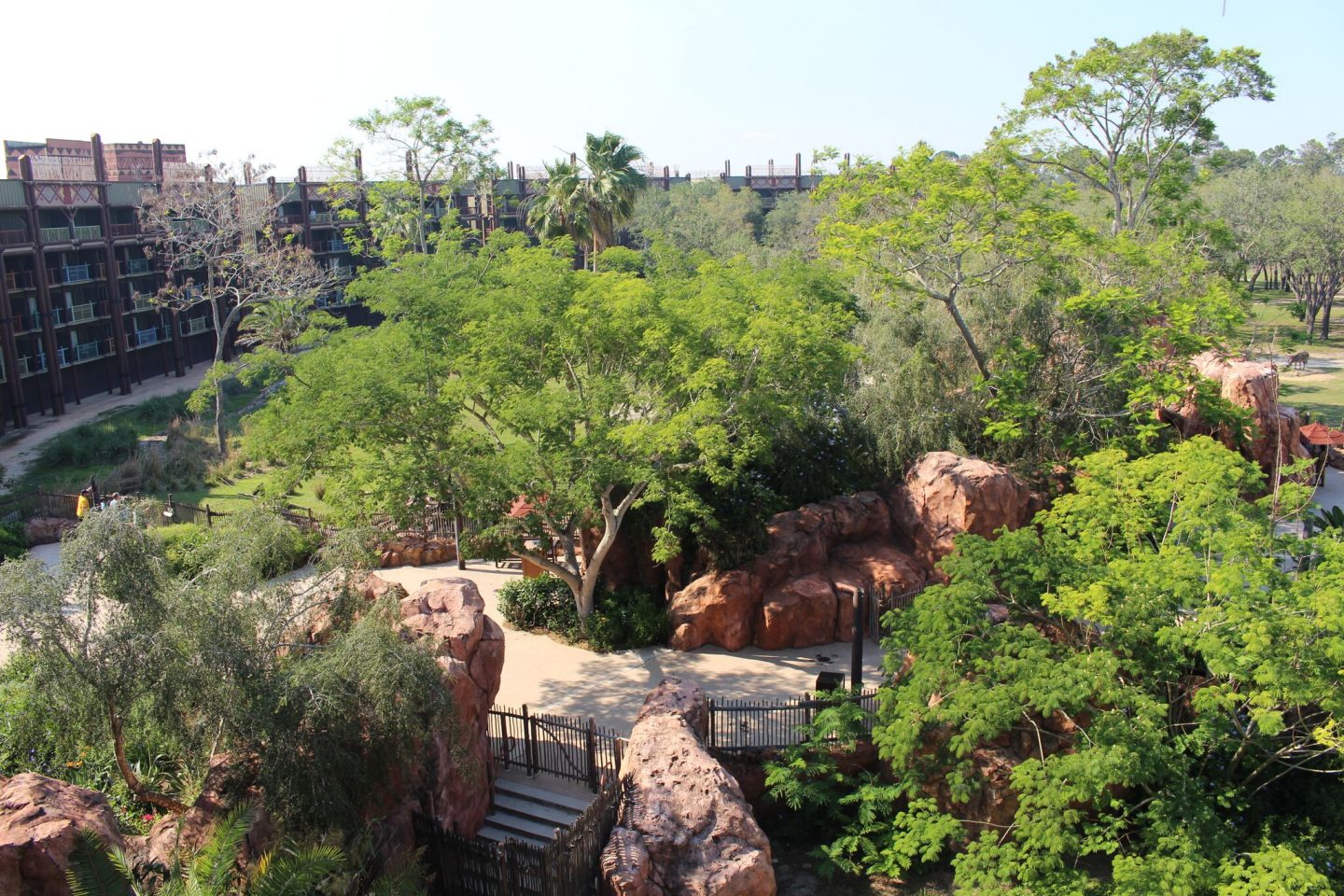 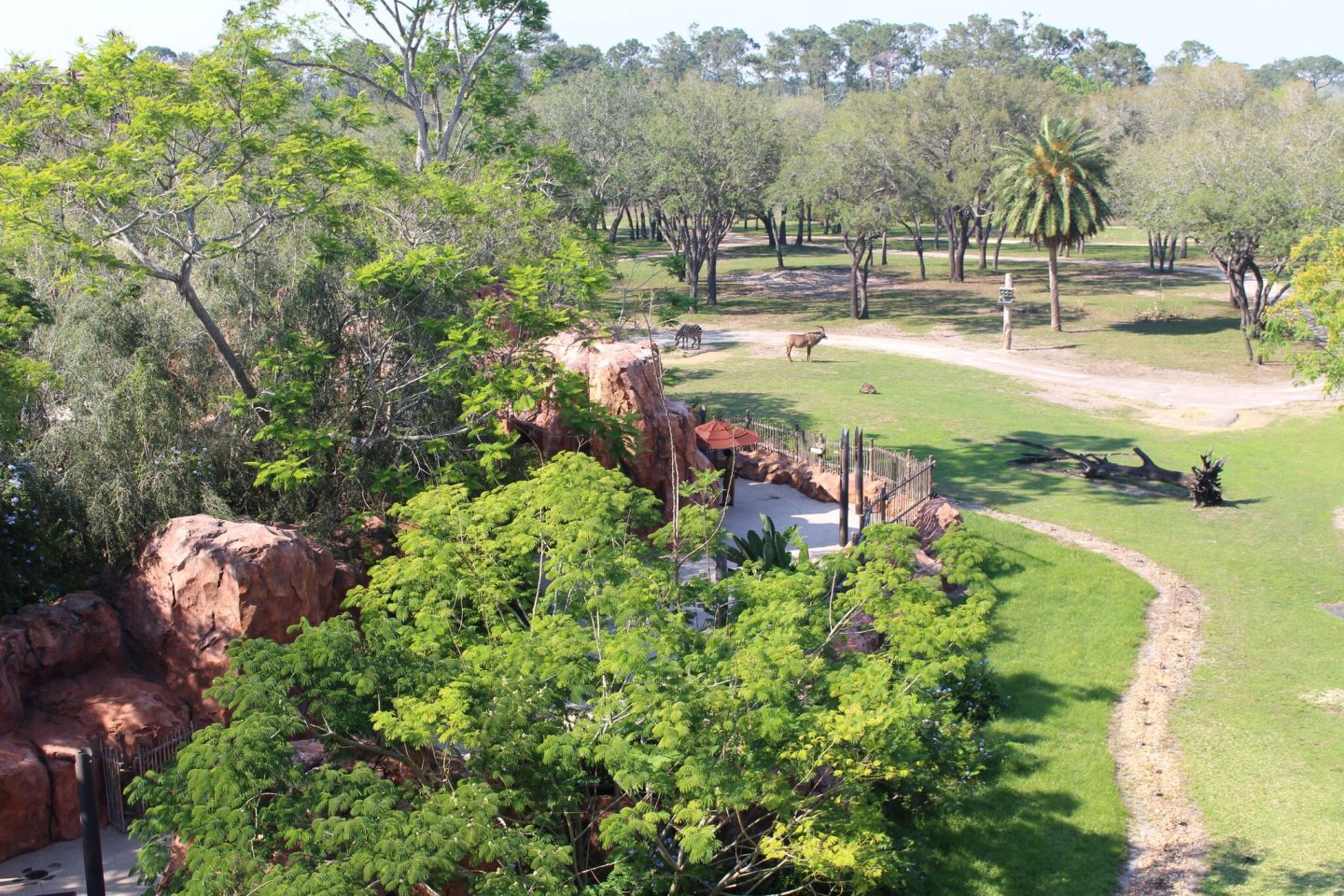 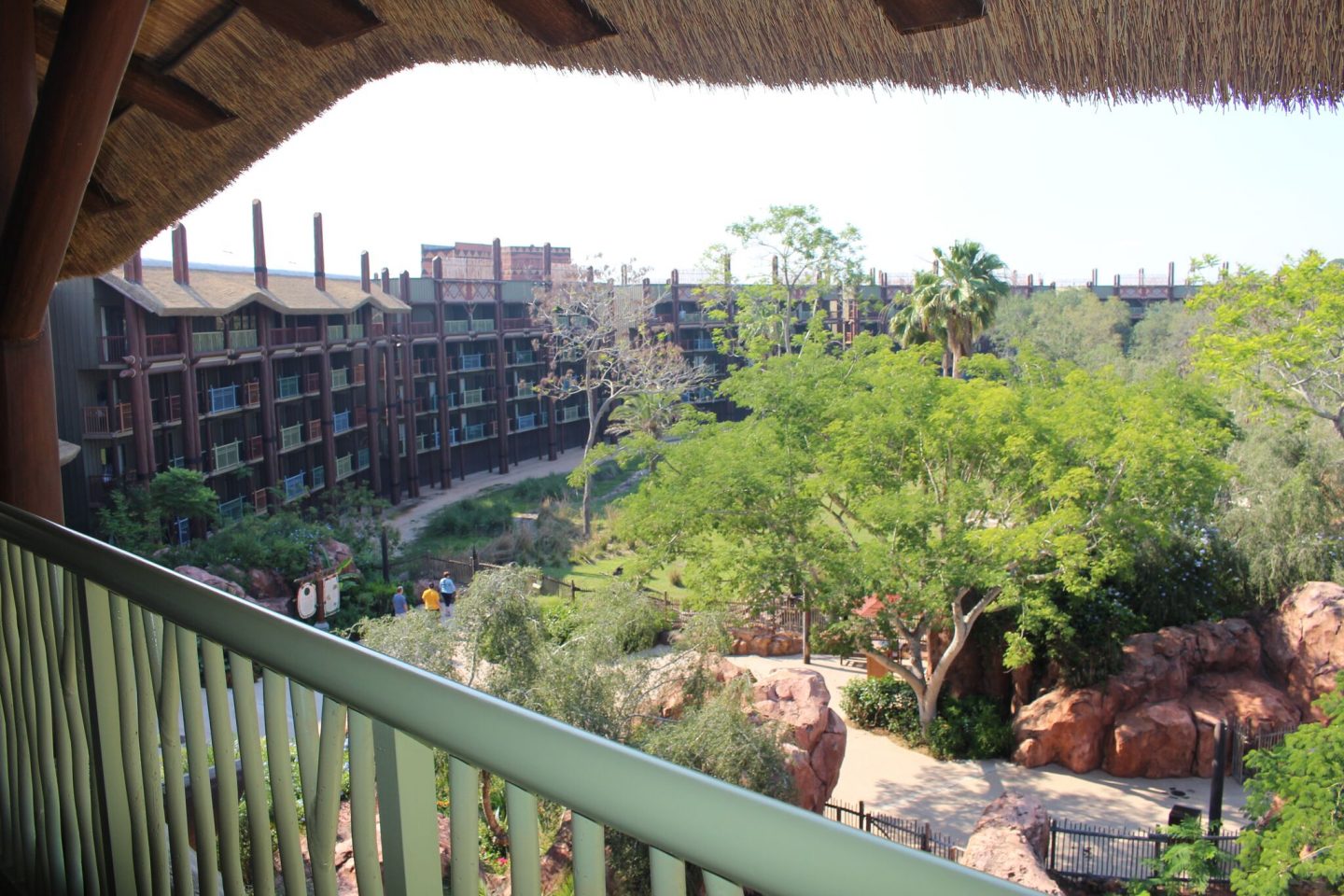 We didn’t get the opportunity to enjoy the Wanyama Safari and Dinner for up-close animal encounters and dinner. But I heard its really worth it. But we did get to sample authentic African cuisine at Jiko -The Cooking Place.

Jiko is the resort’s fine dining venue with beautifully prepared dishes full of spices and flavor. Our group of about 20 people tasted almost everything on the appetizers menu. We snacked on an assortment of African fusion treats, including delicious grilled wild boar tenderloin and a tasty charcuterie and cheese board. My favorite was by far the Taste of Africa, a sampling of African-inspired dips to spread across warm pappadam, a thin, crisp, disc-shaped wafer and house-made flaxseed naan bread. For my entree, I went with the Botswana Seswaa-style Beef Short Rib. OMG!!! Talk about mouthwatering. I wanted more but didn’t want to be greedy. 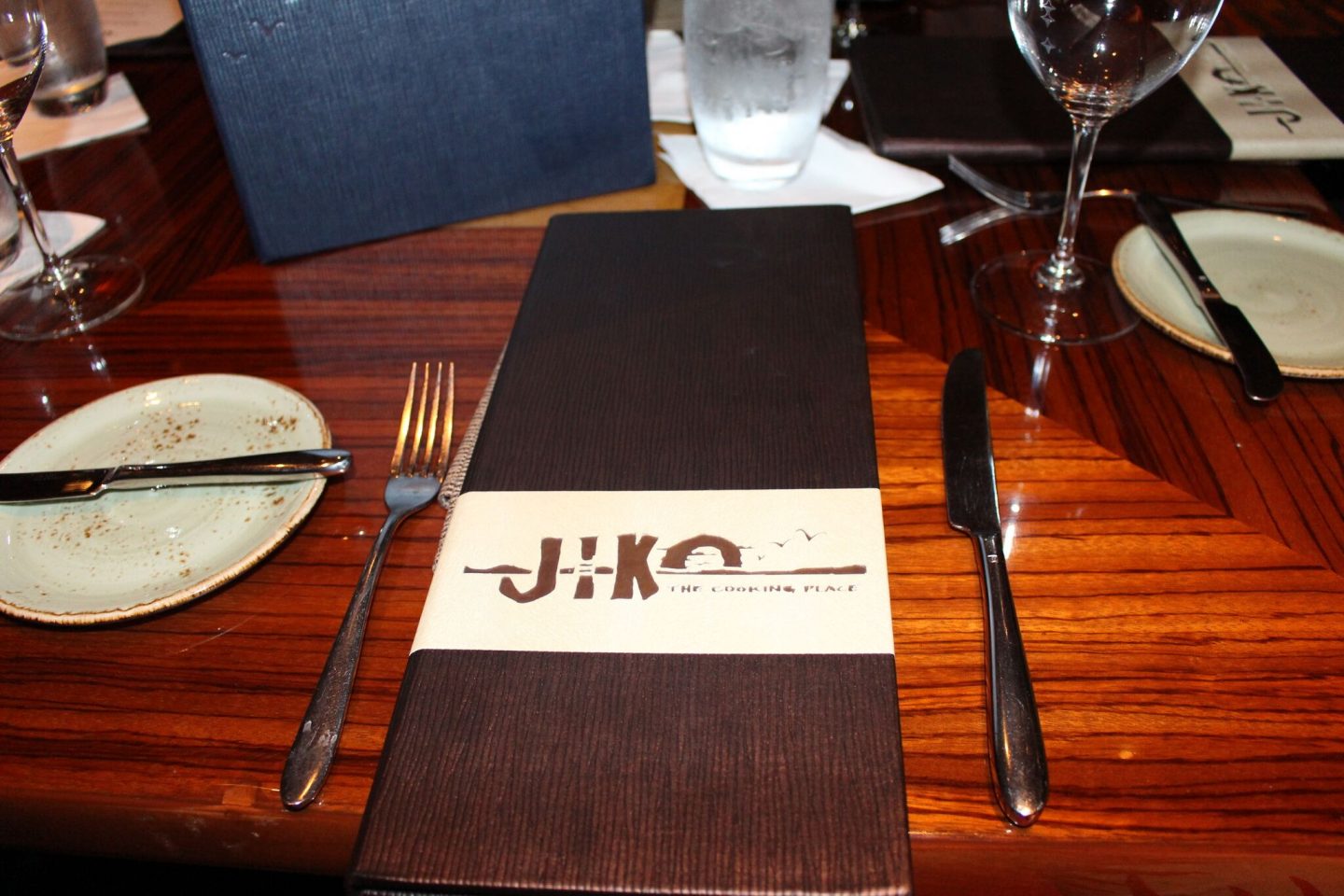 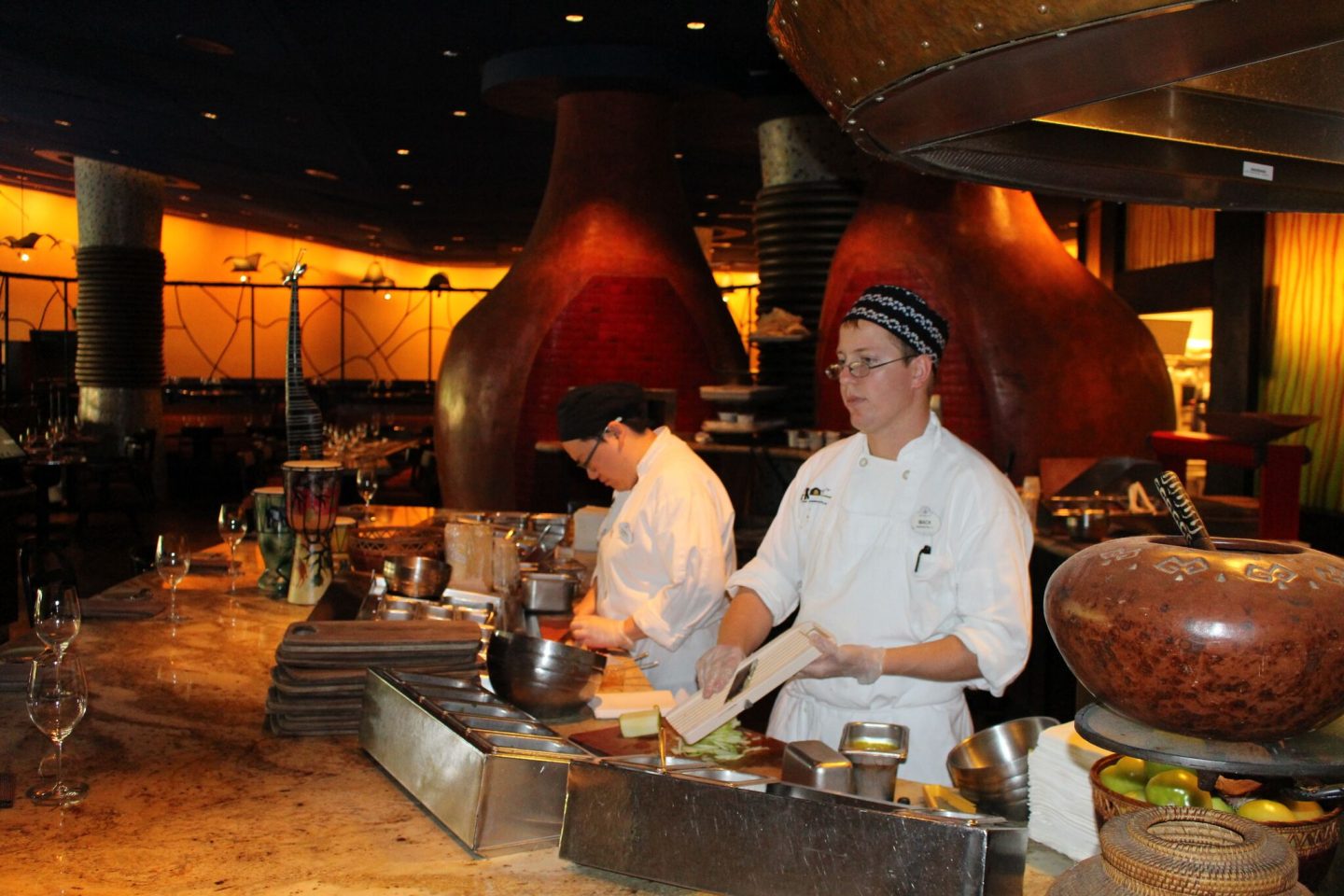 Jiko is consistently ranked among the 5 best restaurants at Walt Disney World and has received numerous other accolades including AAA’s Four Diamond Award. Jiko’s wine cellar boasts a collection of nearly 2,000 bottles and is one of the largest collections of South African wines in any North American restaurant. The highlight of dinner was a visit by Bianca, a South African-native who is working at Animal Kingdom Lodge as part of an exchange program with the country. She was so delightful and shared with us a little about her home country, her experiences working at Disney and living abroad here in the states. You could tell she loves her job and Disney loves her. The company has found another spot for her on Disney Cruise Lines when her current assignment ends.

Animal Kingdom Lodge has four restaurants — Jiko, Sanaa, Boma and The Mara. Each morning we ate breakfast at Boma, the resort’s buffet-style restaurant. It offered standard American breakfast foods and few African-inspired favorites dishes. Honestly, I think the buffet is relatively standard and not something to write home about. It served its purpose — a place to replenish before a long day in the parks. While we never had dinner at Boma, some other guests shared the evening offerings are better than the breakfast selection.

Jambo House feels very isolated from the rest of Walt Disney World, and that’s a good thing. Because Russell and I don’t have kids, we have avoided Disney for years. We typically like to vacation at more adult-centered locales, but this trip has changed our mindset. Animal Kingdom Lodge is the hotel to stay when your focus is more on the resort and amenities, not the theme parks. The morning and early evening views of the animals was by far my favorite part of staying at Jambo House, but Jiko is a close second.  Furthermore, the African theming, educational opportunities and attention to detail are also major pluses. The milk & cookies at night is a winner too! 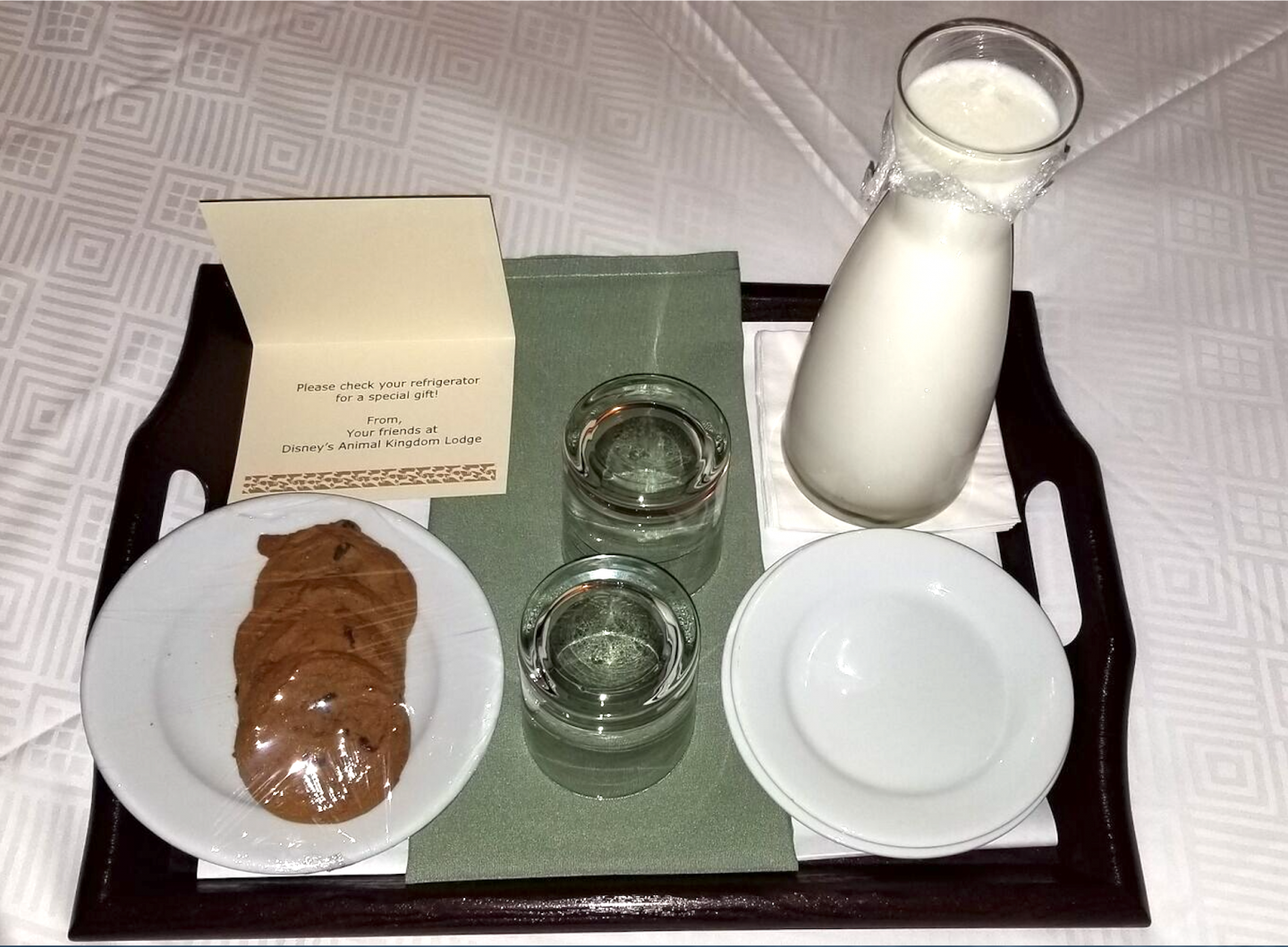 Overall, we had a wonderful stay at Animal Kingdom Jambo House. We will return in the future, especially as upgrades are added and to indulge in the ambience and the food at Jiko-The Cooking Place.

This post is sponsored. All opinions are my own.