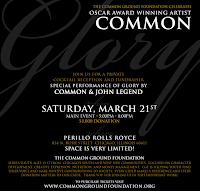 On Saturday, I had the privilege of attending the annual fundraiser for the Common Ground Foundation in Chicago. The foundation was founded by Academy Award winning rapper, artist, actor, philanthropist Lonnie Rashid Lynn, Jr., better known as Common. The mission of the CGF is to use creative arts to expose youth to new opportunities. Common says he started the foundation because he wanted to help. Most of all, help people to help themselves.

I attended the event with close friends and colleagues, one of which is a dear friend of Rashid’s mom. So of course, we had the VIP experience. I was excited for the opportunity because I knew Rashid in college when we both attended Florida A&M University (FAMU) in Tallahassee, FL. And if you know anything about us FAMU Rattlers, we consider ourselves FAMUly For LIFE! So for me, attending this event was an opportunity for me to personally tell my FAMUly how proud and happy I am for him on all his accomplishments. I got the opportunity to do just that and more …. 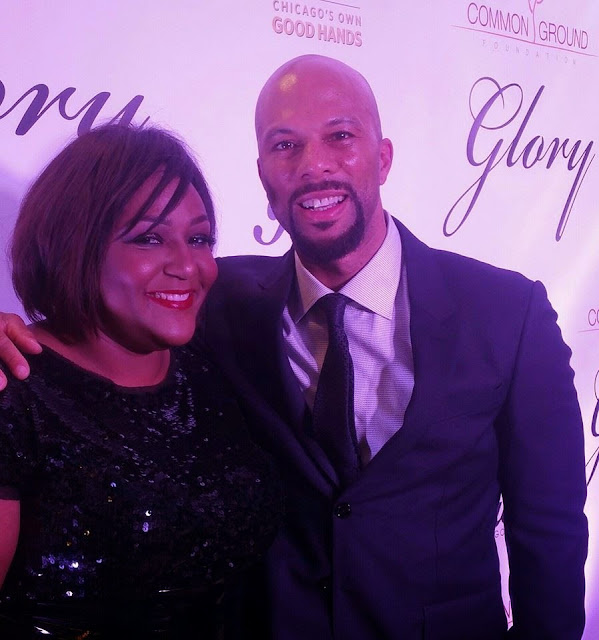 As event VIPs, a chauffeured Rolls Royce picked us up from our five star hotel, The Langham Chicago, to take us to Perrillo Rolls Royce Chicago, the venue where the fundraiser was held.The Langham is amazing and my room was fabulous. I really didn’t want to leave AT ALL!

PHOTOS OF MY ROOM 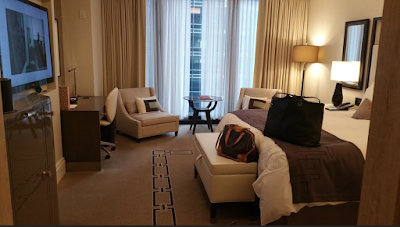 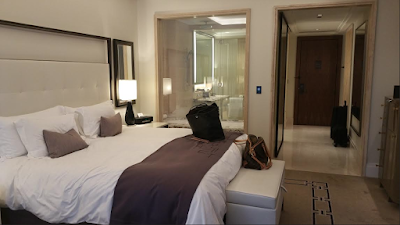 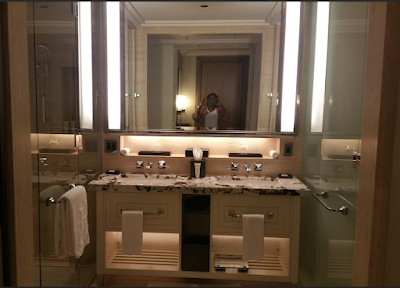 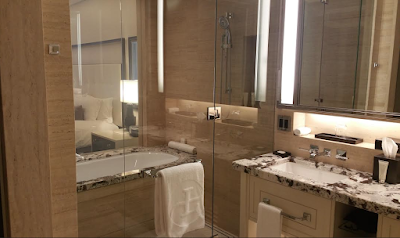 The theme of the event was Glory, the title of the movie, as well as the song for which Common and John Legend won the Oscar for Best Original Song. There were velvet ropes, red carpets and step-and-repeats of course, and hostesses greeted guests at the door with a pleasant “Welcome To Glory.” At the check-in desk, hostesses presented VIP guests with Black Cards that allowed ALL ACCESS throughout the venue, as well as private seating, complementary gourmet h’ordeuvres and premium cocktails. 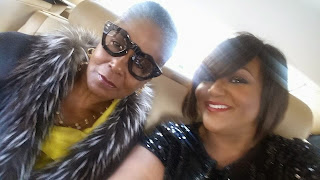 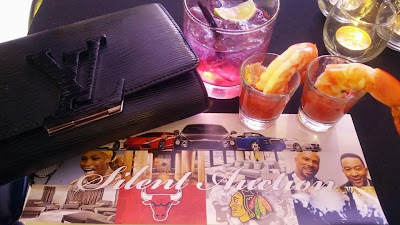 Common and his mom spent time talking to guests, many of who were family and personal friends. He said a few words, thanking everyone for their continued support and encouraged the crowd to enjoy themselves. There were lots of Chicago familiar faces in the place including Mayor Rahm Emmanuel, who also served as President Obama’s Chief of Staff, Father Michael Pfleger, the Roman Catholic priest and civil rights activist and Buddy Valastro, the Cake Boss. 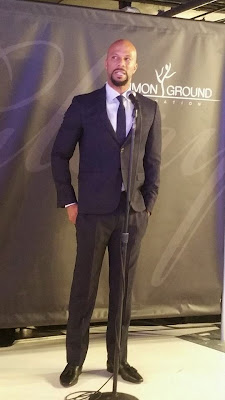 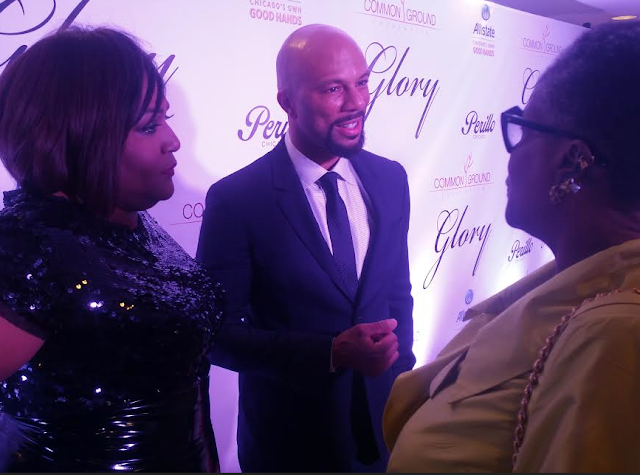 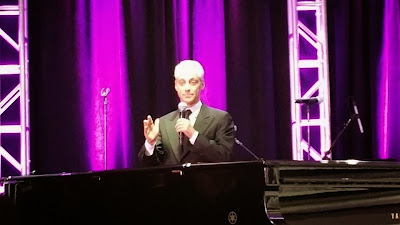 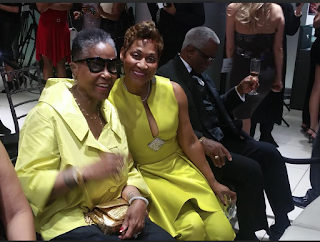 Later we were all escorted downstairs and treated to a live performance of Glory by Common and special guest John Legend, the co-collaborator on the song and fellow Oscar winner. It was amazing to witness. The song itself already inspires, but seeing it performed live was simply thrilling. And they sounded amazing. John Legend can SANG his butt off! 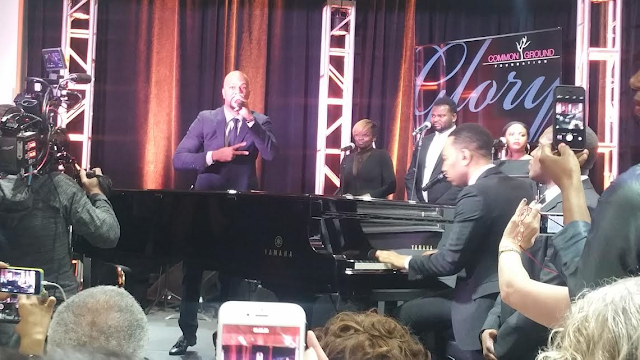 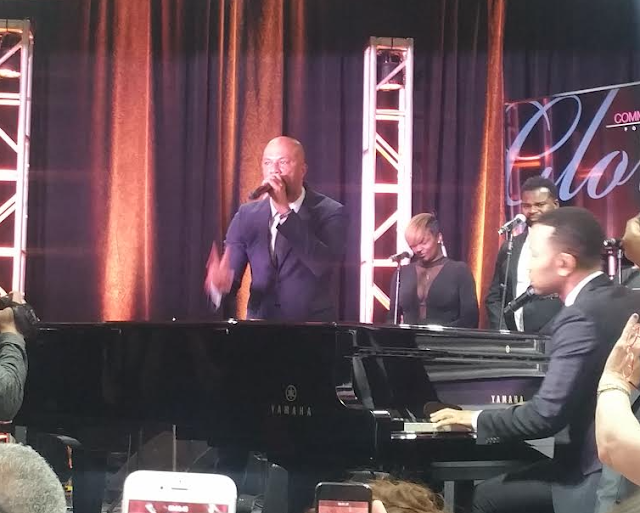 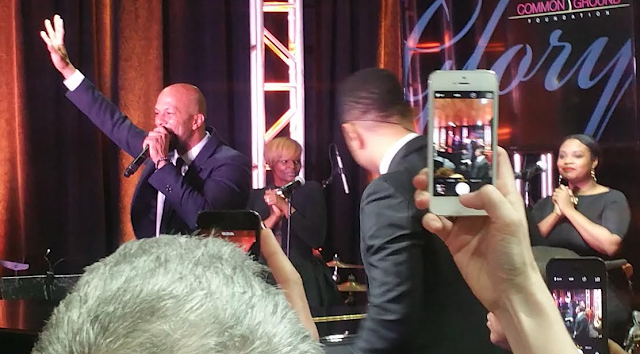 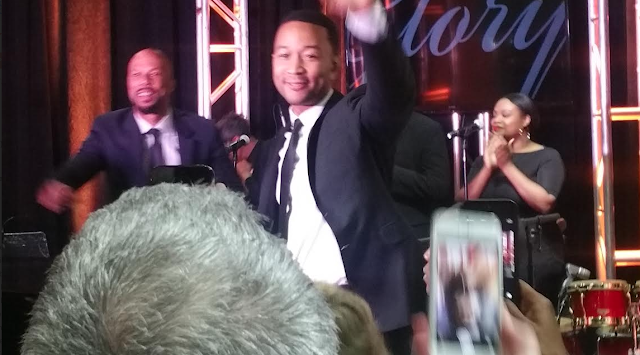 At the conclusion of the outstanding performance that left many guests in tears, the Cake Boss presented Common and John Legend with an amazing cake. The cake was a replica of the infamous Edmund Pettus Bridge featured in the movie Glory and the site of “Bloody Sunday.” The cake featured Common on the mic, Legend on a baby grand piano and silhouette of Dr. Martin Luther King, Jr. pointing to the proverbial Mountaintop. 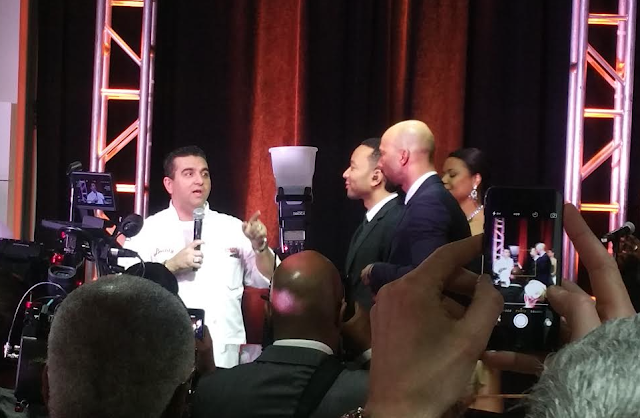 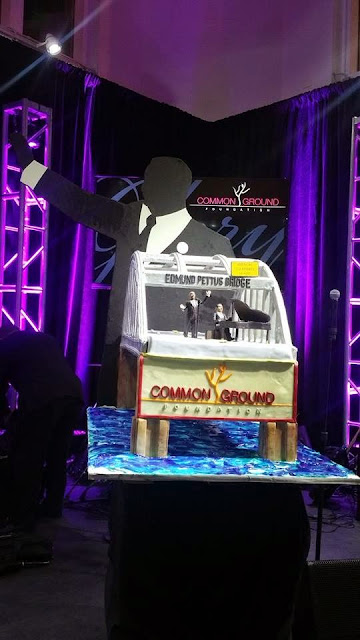 Following the event, an intimate group of guests were invited to the very famous Chicago restaurant Gibson’s Bar & Steakhouse for a private dinner and dancing. When the live band began playing R. Kelly’s Step In The Name Of Love, both Common and I found ourselves stepping to the music. We danced together and talked about our time on The Hill (our alma mater’s endearing moniker). What a great opportunity for me it was. I was jamming, stepping and laughing with a dude — a hip hop artist no doubt — that just won an Oscar. Wow, just wow! It was the experience of a lifetime, one I won’t soon forget!

MORE SCENES FROM THE NIGHT 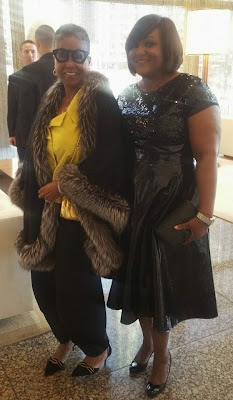 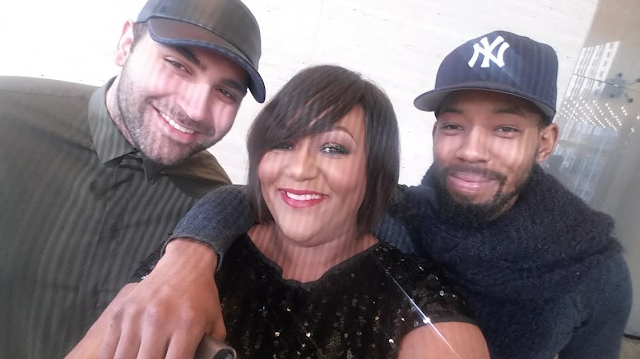 As you can see, I remixed this great patent leather skirt by JIBRI (here) by pairing it with a sequined top I purchased years ago from Ann Taylor Loft. The sequins helped transform the skirt for a more formal look. (Click here to see my casual look.) 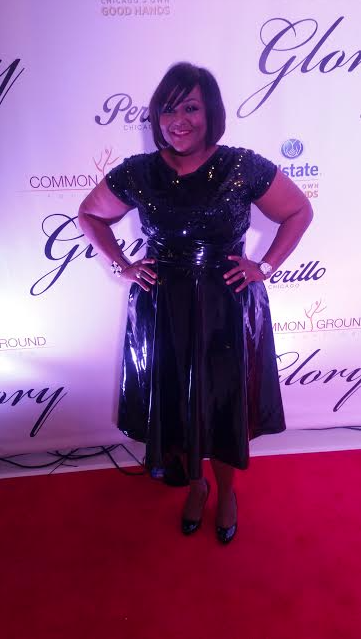 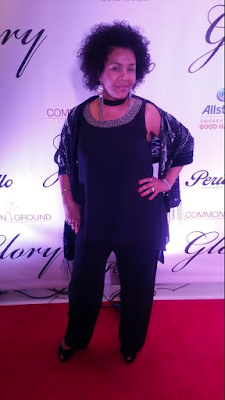 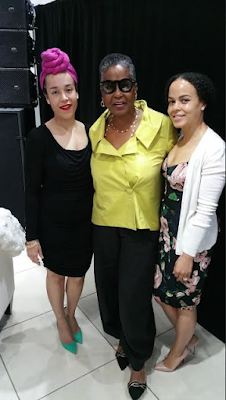 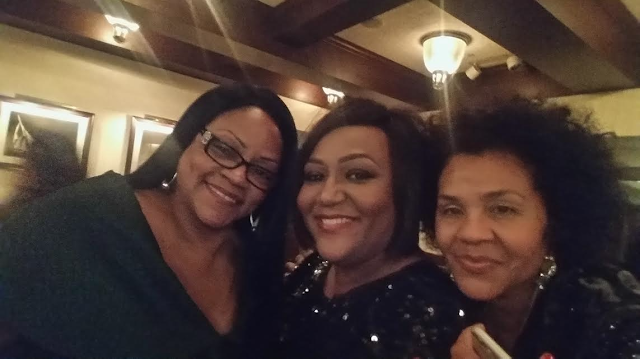 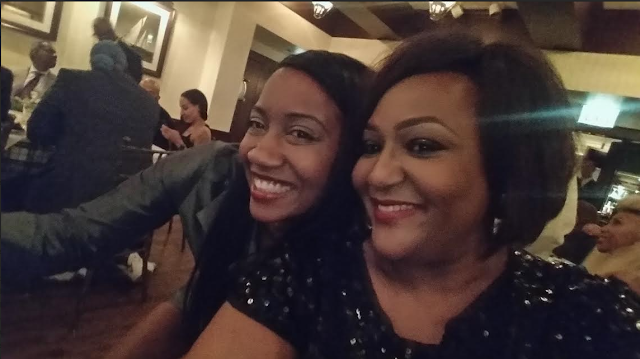